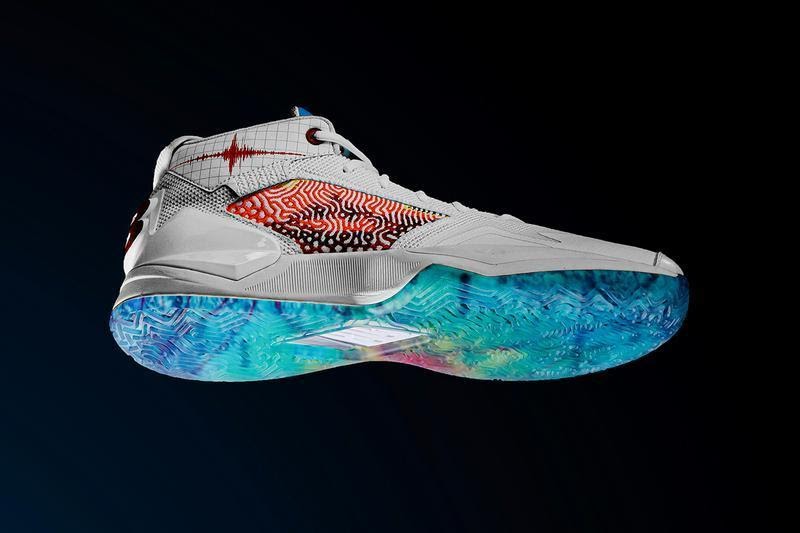 Kawhi Leonard is a top NBA superstar, known not only for his career as a basketball player, but for his no-nonsense personality, and signature shoe line with New Balance as well.

After signing with New Balance, Kawhi learned just how creative and innovative he could be, with the launch of the latest Kawhi shoe, ‘4 Bounces’.

Each aspect of the Kawhi shoe gives insight into the player that many people once did not even notice or acknowledge.

If you’re not familiar with Kawhi Leonard, let’s explore his background and explain his journey up to this point.

Who Is Kawhi Leonard?

Kawhi Anthony Leonard was born in Los Angeles, California, on June 29th of 1991, to parents Mark and Kim Leonard, and has two sisters, Miesha and Kimesha.

He was then considered to be a four-star recruit by Rivals.com, and was listed in 2009 as the No. 8 small forward, and the No. 48 player, nationwide.

Kawhi attended San Diego State and became an Aztec in 2009, where he jump started his career.

During his time at San Diego State, Kawhi became a second-team All-American athlete in his Sophomore year, which simply means he was second best in his state, at his position.

In 2011, Kawhi made the decision to enter the NBA draft, leaving the Aztecs before the last two seasons were finished. He went on to play 7 seasons for the San Antonio Spurs, after being traded to them by the Indiana Pacers on draft night.

While attending San Diego State, he met his girlfriend Kishele Shipley, in 2014. The couple has two children, a daughter named Kaliyah Leonard, who was born in 2016 and a son whose name has not yet been released to the public, as the couple prefer to keep their lives private from the public view. We do know, however, that the couple’s son is in fact, a Canadian citizen.

Leonard as an NBA Player

In 2014, Leonard won the NBA Championships with the Spurs, earning him the title of Finals Most Valuable Player.

In 2018, Leonard was traded to the Raptors, where he led them to their first NBA Championship, earning him a second Finals MVP award.

Leonard then moved back home to Los Angeles, where he signed as a “free agent” with the Los Angeles Clippers in July of 2019. Leonard is now a 4-time All-Star, has been recognized twice, as All-NBA first-team, has earned 5 All-Defensive Team selections, and has also won Defensive Player of the Year honors in 2015 and 2016.

He also earned the nickname “Klaw”, due to his enormous hands and ball-hawking skills.

The History Behind Kawhi’s Shoes

During Leonard’s time as an NBA player, he chose to become an endorser as well, and he signed a deal with Jordan Brand, a Nike affiliate; but that deal fell through when Leonard’s representatives felt as though other players on Leonard’s level, with his skill and record, were making substantially more through their deals with Jordan Brand.

New Balance offered a notable amount of money for Leonard to endorse their company, at the time of the proposed deal, it was unclear as to whether or not he would receive his own signature shoe, or just endorse the New Balance brand itself

Leonard is now considered to be the biggest New Balance basketball player athlete, the first since 1985, when James Worthy signed his deal for a signature line.

On February 17th of 2019, Kawhi played the NBA All-Star game, wearing the New Balance OMN1S, which became available shortly after in May of 2019, but only through a limited-edition deal. The OMN1S didn’t officially become available to the public until October 23, 2019.

On August 20, 2020, Kawhi Leonard released to the public, his first signature shoe, the Kawhi, almost one year after helping New Balance make a comeback in the basketball world.

Kawhi’s signature shoe, the 4 Bounces New Balance Shoe, represents the win over the Philadelphia 76ers. Leonard was sure to be involved in the design process, as it not only marked an amazing win for the Toronto Raptors, but a monumental moment in basketball history as well.

Leonard also wore the 4 Bounces shoe during game 1 of the Clippers VS. Mavericks, as a debut of the new shoe. Pat Cassidy, Global Director of Consumer Marketing at New Balance, states that never in his wildest dreams would he have expected an outcome like the one he and Kawhi Leonard had come across.

He had already anticipated having some feedback from Leonard and the OMN1S, but the way Leonard played the game, and the feedback he and New Balance received, was already astonishing.

Pat knew immediately that they had made the perfect choice in signing Leonard as their newest brand endorser. The public had now been made aware of this up and coming star, everyone had just learned his name, and everyone just found the newest subject of their conversations.

Consumer demand was now the number one concern amongst New Balance, as well as Leonard and his representatives.

How Kawhi Has Put His Mark on His Latest Shoe

4 Bounces was not only designed to represent a win in basketball history, but it is named after the miraculous shot that won the Raptors the game and the Eastern Conference playoff series against the Philadelphia 76ers.

Leonard designed the 4 Bounces shoe to be a representation of himself, which is why it is the same color (blue) as the OMN1S he had on during the win.

The blue color used both in this design and the OMN1s, had actually been created by Kawhi and two friends, making this project even more special and personal to him.

It seems Leonard meticulously made his shoe slightly different from the shoe that will be sold to the public, as the logo featured on the tongue is exclusive to players only.

The shoes released to the public will instead have “Kawhi” across the tongue. The number 2 in the design was meant to be seen from every angle, and is a direct representation of Leonard’s position as one of the premier ‘two-way players’ of the league.

The many accolades Kawhi has accumulated in his career — such as being a 4x All-Star, 2x champion, 2x Finals MVP, and 2x DPOY — can be found on the center of the shoe’s tongue.

There will be a tab designed to hide certain stitching across the shoe, which represents Leonard’s braided hairstyle. Leonard even incorporated inspirational pieces from his ‘64 Impala into the design of the shoe. For example, inspiration for the top eyelet was found from the brake light of said Impala

Also, from Leonard’s ‘64 Impala is the quilting on the inside heel, which happens to be inspired by the seats of the car. There are squiggly lines on the side of the shoe, which are a representation of the earthquake map, for the earthquake which had taken place in Los Angeles during Kawhi’s signing with the Clippers.

As it is Kawhi’s signature shoe, he fittingly placed his own signature on the back heel. There is also a big “NB” on the back of the shoe, and beneath that, is an “M”, which represents Leonard being from Moreno Valley.

There is black film near the toe box of the shoe, reflecting a bright gold color once illuminated with a flash of light. Another way Leonard incorporated his hometown of Moreno Valley was by placing the latitude and longitude coordinates of the city within the sole of the shoe itself.

Are There Any Benefits of the Shoe?

Because Kawhi’s latest shoe is (after all) meant to play basketball in, it’s important to learn how it supports the wearer when playing the sport.

Leonard kept the initial design of a regular basketball shoe, in that it helps improve footwork movement on the court, due to the shoe’s comfort and weight.

The shoe also features a perfectly designed outer sole, which can improve traction force and improve dribbling skills, as a result. Other features include quality materials, which helps improve the breathability of the shoe, making hoopers more comfortable in game, as well as a cushioned midsole, which can help in improving shock absorption, and reducing injury during games.

Where to Buy Kawhi’s Shoes & Other Gear Online

Kawhi Leonard’s shoe serves not only as a memorabilia piece, but a fashion piece as well. Due to Kawhi’s status in the NBA, his shoes and other New Balance apparel are more expensive and harder to find on mainstream sites.

However, should you look in the right places, such as New Balance’s website, you can find both the Four Bounces and OMN1S line among a slew of Kawhi-related shirts, hoodies, and more.

New Balance has the OMN1s line for women, men, and children, with different features such as a higher ankle line, or lower ankle line.

You will also find different color schemes as well. Once they were made available to the public, the OMN1S were immediately sold out online and in-stores, and pre-orders on the next production of the shoe became backed up. This made anticipation for the newest shoe beyond what it had been for the first line.

To recap, Kawhi is a 29-year-old NBA superstar, who is considered by most as one of the top players in the league. With his unique personality, he’s also considered an influential role model, in addition to being a loving father and husband, who took his skill and dreams, and turned them into a reality.

He has earned 2 championships, a variety of awards, a widely known and excitable nickname, and an impressive endorsement with New Balance. In other words, Leonard has created a completely new world in the basketball industry.

What is the Importance of Leonard’s Presence at New Balance?

New Balance is an American athletic shoe brand, that has a multi-year partnership with the NBA. This contract had begun early this year, when the campaign was announced at the Denver Nuggets VS. Los Angeles Clippers game, on February 28th, 2020.

The announcement is due to the journey the two shared during the entire process of releasing Kawhi’s latest shoe. From the initial concept and design, to the promotion and marketing strategies.

New Balance now has gone from one signature line with James Worthy, to being a powerhouse brand in the NBA. By providing an amazing player with an amazing product to endorse,